Neve Glam (…Glam is the snow) comes from a consideration: Mountains tourism  is changing fast and what we intend you to offer -a close-knit team of costume journalists and experts in tourism in exclusive international alpine-resorts and even Bon Ton writers- is the real-time-reporting (also called digital first) of this type of changing; accomplice, if you will, a combination of factors, not least the slow but steady melting of glaciers and the intermittent snowfall, so far that has become a must-have in the main winter resorts, the network of cannons scattered along the tracks that ensure the ‘artificial snow’ together with the duration of the season; foremost it’s our Lifestyle that has changed. Today, from  our stay in the  Mountain, we ask (and pretend) the best, taking advantage of all its potential, to the point that skiing is becoming more and more a pretext for new, exciting experiences, such as the discovery of extraordinary Boutique Hotels or the chance to taste unique flavors; or simply the pleasure of a relaxing day spent regenerating in Beauty Farms, until the attendance of Festival: of all kinds,  literaure, photo, movie or music ones, as long as teeming with talents.
Predictably dictated by this type of change (which involves, how to deny it, a turning point in the winter tourism) new professions are born, such as that of the creative-manager. One for all? Reto Gurtner that has transformed, over time, the town of Laax in the canton of Grisons (where life had become very difficult for the locals), in one of the most modern and prestigious destinations for winter tourism, thanks to a multitude of initiatives signed by him: such as  the realization of a number of facilities considered among the best in the world for the practice of snowboarding, (so that the Swiss Olympic team is now in front of the American one), the establishment of eco-chic hotels, directly on the slopes, until the organization of many different events: from fashion shows (remember the one with Naomi Campbell) to the motorcycle racings on the snow. While, in anticipation, there are a park against the majestic backdrop of mountains, dedicated to exotic wildlife, and a Modernist church from the geometrical-minimalist structure, to visit skiing, although for the moment these projects are closed between the pages of the book of dreams.
It is no coincidence, however, that Laax, flights of fancy aside, and for the third consecutive time, received on the occasion of the World Ski Awards 2015, the award for best ski resort of the entire Swiss territory.
Here, we would like to dedicate more time and more energy to this kind of events and people that are able to catch the change and picking up new trends. Which on closer inspection are two: one focused on the future (including the construction of lifts ever more futuristic and comfortable). If you attend Interalpin in Innsbruck, the showcase of the best proposals in the area of ski and chair-lifts, you grab an idea.  We see the showcase of Telecabines most scenic and similar to lounges with digital panels connected to WI-FI weather stations); the other, declined in retro-chic-style: we think of the beautiful  Folgarida in the Dolomites, with the rally dedicated to the nostalgic vintage-ski, where you must dress in clothes of yesteryear and show off a certain familiarity with Telemark, one of the first rudimentary skiing techniques now more and more in vogue. Even among young snobs: think of the exclusive courses organized in the luxurious and exclusive Parkhotel Bellevue & Spa in the heart of the charming Swiss village of Adelboden; while the most romantic are reserved racing-drawn buggy by a pack of huskies in Gstaad. And what about the descent of the slopes forking a Velogemel? Do you remember the sepia images of the early ‘900 dedicated to mountain-leisures of the first daring British tourists? Well, the Velogemel, hybridity between a bicycle and a sled, came back into vogue in the Swiss resort of Grindelwald.
A proposal nothing short of brilliant, and definitely fun …!

But Snow Glam (…only the best ski resorts!) wants to be (especially?) a service site, a sort of updated  Time Out of the Snow (also with your valuable contribution of reports); to accomplish our mission, we will go in search of the trendiest nightclub as the Konditorei which you can not do without for a hearty Früstück, or the Wein-Stube more welcoming; but will also keep you updated on shopping-chic boutique in the city centers.

Here we would like to give voice to the Mountain, to his renewed appeal, sure to have a lot to say, and perhaps still more to discover …! 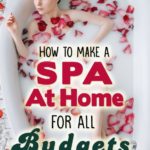 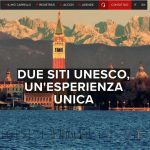 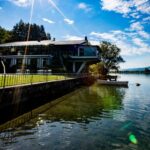 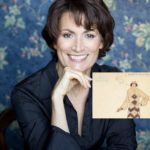 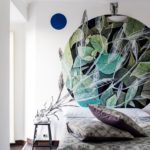