home NG Eventi “Here We Are” or How to Celebrate the British Style.

Burberry to host major photography exhibition exploring the British way of life and character at its new show venue. 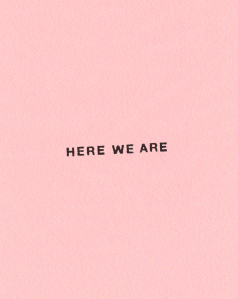 ‘Here We Are’ will bring together the work of over 30 of the 20th century’s most celebrated social and documentary photographers, from 18 September–1 October 2017

The exhibition will be displayed over three floors of Burberry’s new show venue Old Sessions House in Clerkenwell, which will open to the public for the first time since its restoration

Held over three floors in the rooms of Old Sessions House, Burberry’s new show venue in London’s Clerkenwell, ‘Here We Are’ will be divided into themes which reflect different aspects of the British way of life. The exhibition will showcase important bodies of work by individual photographers as discrete, monographic presentations, alongside the thematic displays.

Burberry also today announces a new creative collaboration with photographer Alasdair McLellan, which will include him capturing portfolios of images for the brand. Images will be revealed from today on Burberry’s social platforms, with new portraits being unveiled throughout the next few months.

To celebrate this collaboration, ‘Here We Are’ will also feature a special presentation of over 70 photographs by McLellan – the largest number of his works shown to date. The presentation will include four bodies of work taken in England, Northern Ireland, Scotland and Wales, alongside previously unseen photographs.

Christopher Bailey, curator of ‘Here We Are’

Bailey (b. Yorkshire) is the President and Chief Creative Officer of British luxury fashion brand Burberry, having joined the company in 2001. Bailey is a long-standing supporter and mentor of creative talent from institutions around the UK, including the Royal College of Art, Chelsea College of Art and Design and the University of Huddersfield. Prior to his appointment at Burberry, he was the Senior Designer of Womenswear at Gucci in Milan and the Womenswear Designer at Donna Karan.

‘When we started thinking about curating “Here We Are”, I knew I wanted it to celebrate a certain strand of British photography that I have always loved – one which documents the many and varied tribes and clans and classes that make up this island of ours.

It has been an extraordinary privilege to gather together this collection of photographs, that have influenced me so much over the years. They provide a portrait of British life, in all its nuances, both exceptional and mundane, beautiful and harsh.

It’s the spirit of those photographs – sometimes ironic, sometimes tender, always truthful – that has guided our September collection. Together they will form an exhibition in our new show space, celebrating a very British way of life and way of dressing.’

Lucy Kumara Moore, curator of ‘Here We Are’

Moore (b. London) is the Director of Claire de Rouen, a specialist fashion and photography bookshop, as well as a curator and writer on contemporary photography and fashion. She studied History of Art at the University of Cambridge and, later, Painting at Chelsea College of Art and Design and the Royal College of Art.

‘I have long been enchanted by British “social portraiture” – photography that reveals the ways in which we live, work, dream, celebrate and challenge, both individually and collectively. I was therefore honoured to be invited by Christopher to curate this exhibition with him – he has such a deep personal interest in the work and his idea to host this exhibition reflects the brand’s expansive approach to the relation between fashion and visual culture.’ Lucy Kumara Moore

Alasdair McLellan, co-curator of ‘Here We Are’

McLellan (b. Doncaster) is a British photographer with a long-standing interest in social portraiture. His imagery is renowned for its sensitive approach to portraiture, and consistently feels personal, emotional and figurative, regardless of his subject. McLellan’s first book, ‘Ultimate Clothing Company’, was published in 2013 and documented modern British masculinity. In 2016, his second book, ‘Ceremony’, was published featuring his documentation in 2006 of the ceremonial troops of the British Army. Visit www.alasdairmclellan.com for further information.

This September, Burberry’s show will be taking place at a new venue, Old Sessions House in Clerkenwell. The space will be opening its doors to the public for the first time since its restoration. As well as being the home to the ‘Here We Are’ exhibition, the venue will run a programme of events and activities and will include temporary versions of Burberry’s all-day café Thomas’s and a Claire de Rouen bookshop.

Old Sessions House is an 18th-century Grade II* listed building, for which construction started in 1779. It opened for use in 1782 as Middlesex Sessions House and was once the largest courthouse in England. With an architecture that has attracted attention from artists and topographers over the years, the building is Palladian in style, with a facade constructed in Portland stone and an interior featuring a grand coffered dome at its centre. 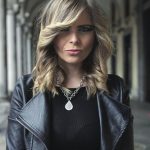 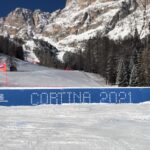 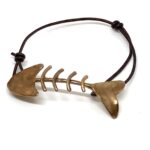 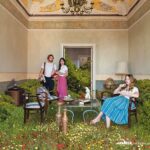 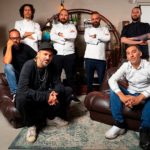